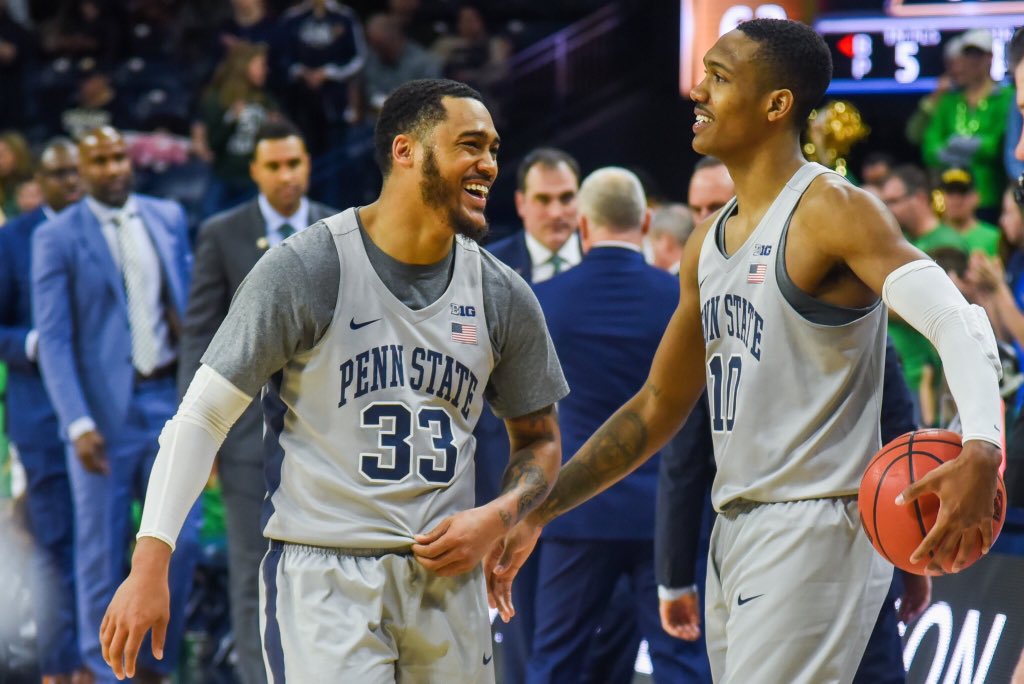 For a program that hopes it has achieved a higher, sustainable level of play, these are significant departures.

All four were expected to contribute next season, but they would have undoubtedly been able to slip into their roles more comfortably with junior  Tony Carr running the show from the point.

With the roster as it stands today, Torvik Projects:

Penn State started the 2017-18 season projected at No. 49, so it climbed throughout the season to a higher position from an even lower spot.

Most “eyeballs” analysis of college basketball calls guard play especially important, and experienced Shep Garner and Tony Carr in the backcourt would seem to be a much better starting spot than starting with reserves Jamari Wheeler, Naz Bostick and two true freshmen.

With Penn State reportedly active in the grad transfer market, the conventional wisdom would suggest that it should be prioritizing a guard.

As he seems to be to the fan bases of virtually every other college program with a hint of interest, Joe Cremo is a great fit for Penn State’s situation: A shooting guard with a ton of experience, a high three-point-shooting percentage and a high assist ratio.

Indeed, adding Cremo to the Penn State lineup pushes Penn State up to pre-season No. 24 – a 13-slot improvement. It breaks down this way:

So, yes, adding Cremo would be huge for Penn State.

Penn State is also said to be involved with Illinois grad transfer Michael Finke, a 6-10 stretch-forward type (who Penn State fans should be very familiar with).

And, as Clark Kellogg pointed out during this year’s NCAA tournament, “There’s a lot of different ways to get to a good result.”

Plugging Finke into next year’s lineup has a similar positive effect on Penn State’s projections for next year:

Obviously, a ton of assumptions are baked into all these scenarios. But as we move into the late-signing period (and crazy time for college rosters), it is important to recognize that a lot of things can happen, and that there are a lot of ways to win (and lose) college basketball games.*

* Another example: Pitt grad transfer Ryan Luther would project Penn State to 21. Penn State has not been reported to be involved with Luther.